HISTORY OF DRAFT BOARD OF SANILAC COUNTY

People that did not send back their information for this book.

The local broad for the county of Sanilac, as appointed by President Wilson through Governor Albert E. Sleeper, consisted of the following members: Sanford L. Utley, George S. Tweedie and Herbert M. Stone.

The total registration of June 5, 1917, was 2399 and was between the ages 21and 31, inclusive, and from this registration most of our soldiers from Sanilac county were selected.

The registration held September 12, 1918 consisted of all of those who were between the ages of 18 and 45, inclusive, and had not previously registered. The number registering were 3655 making a grand total of four registrations 6334 registrants. The total number classified was 4,272 and they were put in the following classes, Viz. Class I 1196, Class II 454, Class III 169 Class IV 1894, Class V559.

The Pros and Cons of Using a Physical Library

There was a time when physical libraries were the only way to get books. These days, with e-readers and online bookstores, they seem like a 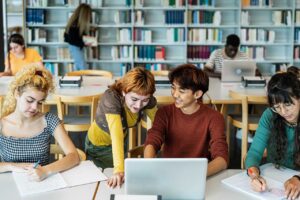 Why Millennials Are Choosing Physical Libraries Over Digital Ones

Millennials, those born between 1981 and 1996, are increasingly choosing physical libraries over digital ones. Despite growing up in a world where everything is accessible

The Library of Congress

The Library of Congress is the largest library in the United States and one of the world’s most important research institutions. Located in Washington, D.C.,

Keep in touch with the trends

Library resources are for anyone to access wherever they are. So we ask that you feel free to message us for inquiries or even complaints and suggestions.

Decker Ville is an excellent library that aims to promote community literacy using the resources we have.